48 Hours Without Sleep - Every Other Night 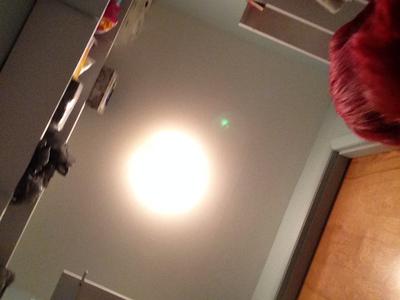 I found myself sitting in the pantry for three hours without any recollection as to why.

First of all, this was never a conscious decision on my part. It was simply a reaction due to medication side-effects and extremely stressful life conditions that were/are present. Second, I would NEVER encourage deliberate sleep deprivation, if not for anything else but the emotional strain that occurs the following day. It honestly isn't worth it, especially if it can be avoided. (Although, I understand that during certain times it can not.)

This began after two consecutive deaths within my household, split only by the kidnapping of my toddler by distant relatives. These periods would last about a month, with two months or so in between these insomniatic cycles. I would have a decent, though not optimal, night of sleep (6-8 hours) on a hypothetical "Monday" night and fall asleep on "Wednesday" night, followed by sleep on "Friday" night and so forth.

This current episode of sleeplessness is the second of this cycle, but with an unexpected extra sunrise involved. My last night of sleep was on Thursday evening/early Friday morning until noon. I was unable to sleep on Friday night, as expected, and continued on through Saturday. I took a sleeping pill last night around 11 pm, as an added precaution to assure a restful night, but an unexpected event led to more stress-induced insomnia (with enough intensity to bypass the medication entirely). I gave up on sleeping by around 6 am this Sunday morning.

The effects from this extra night without sleep are very apparent already, and I am canceling a family meeting in advance to avoid making unwise (or even reckless) decisions today. It is nearing 45 hours of sleep deprivation (on top of the previously acquired sleep debt), and my symptoms include: poor visual and mental alertness, inability to recall simple words and numbers, painfully tense shoulder and eye muscles, sinus headache and runny nose, moments of micro-sleep (even following my morning dose of stimulant ADHD medication), severe short-term memory loss, anxiety with occasional panic states, loss of critical thinking abilities (almost entirely), dry throat and lips, feelings of disassociation, mental blackouts ("zoning out" often), poor posture, emotional sensitivity, and a high increase in stress levels - both psychologically and physically.

Join in and write your own page! It's easy to do. How? Simply click here to return to The Effects of Sleep Deprivation.