The Various Types Of Sleep Disorders

Written by Kevin Morton, with medical descriptions from The Stanford Sleep Book
Tweet

There are currently over 80 different types of sleep disorders listed in the International Classification of Sleep Disorders (or ICSD), the latest edition of which was published in 2005.

This is fantastic evidence of how far we've come in the field of sleep medicine in the last handful of decades; however, the fact that an enormous number of people who actually have these various types of sleep disorders are not diagnosed and live without treatment goes to show how very far we still have left to go.

Sleep medicine hasn't yet permeated the medical school curriculum to any significant degree, so there's a large discrepancy between the knowledge that exists about sleep medicine and what most general physicians know about it. As a result, many types of sleep disorders go undiagnosed, mistaken for other ailments whose symptoms may be caused by the sleep disorder.

This highlights the important role that sleep specialists play in society's overall health, but also the extraordinary importance of widespread public knowledge about the types of sleep disorders and their symptoms. If you know how certain sleep disorders make themselves apparent and affect waking life, you will be well-equipped to catch them in yourself and your loved ones.

The fact that most doctors know very little about sleep disorders today poses a serious threat to many individuals who already have, or will soon develop, a sleep disorder. Everyone is almost certain to experience one or more sleep disorders in their lifetime. If the current situation does not change, the majority of our citizens who are suffering from sleep disorders will remain undiagnosed and untreated.

Everyone knows that pain and fever are likely to be associated with a medical problem. It is crucial that everyone also know and recognize the symptoms that are caused by specific and often very serious sleep disorders so that appropriate actions can be taken. 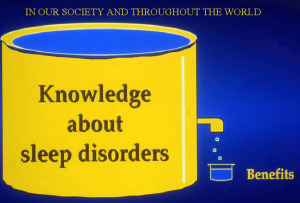 The knowledge we have about sleep disorders has only trickled into benefits. We can open up the floodgates by creating more awareness.

What Dr. Dement highlights above really goes to show that the general public, you and me, would be doing themselves a great favor if they didn't have to be dependent solely on doctors when it comes to sleep health. Sleep medicine is still working its way into the field. So in the meantime, if we educate ourselves we can avoid the debilitating and sometimes fatal consequences of sleep disorders, being ready to consult a sleep specialist when the need arises.

That said, let's get started!

Sleep disorders can be categorized into two main categories--dyssomnias and parasomnias. (There is also a third tangential category that relates to other conditions, such as depression and alcoholism, and we'll cover this below as well.)

Dyssomnias are disorders that produce either excessive sleepiness or difficulty in initiating or maintaing sleep. Some of the most common dyssomnias include obstructive sleep apnea, restless legs syndrome, and conditions of the biological clock such as shift work sleep disorder, and delayed sleep phase syndrome. 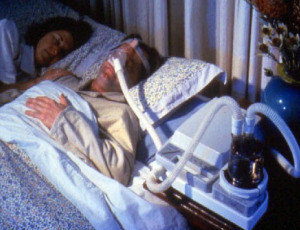 One of the most common and dangerous dyssomnias, obstructive sleep apnea, is treated using this continuous positive airway pressure (or CPAP) machine.

Circadian rhythm sleep disorders make it hard to fall asleep when you want to.

Note: Much of the medical descriptions contained on this page come from The Stanford Sleep Book.

An Overview of Sleep Disorders

Before we move on to parasomnias, do you want to dig a little deeper into the different types of sleep disorders from a visual perspective?

Getting enough sleep is vital for mental and physical health, but sleep disorders often prevent this health from being achieved. This video, hosted by Jane Hanson and featuring Dr. James Wyatt among others, delves into how this disruption occurs and what that means for you and society at large. It also gives an overview of some of the most common sleep disorders.

Unlike dyssomnias, parasomnias are clinical disorders that are not abnormalities of the processes that govern our sleep/wake states (processes such as our biological clock, for example). Instead, parasomnias consist mainly of inappropriate physical behaviors that intrude predominantly during sleep. 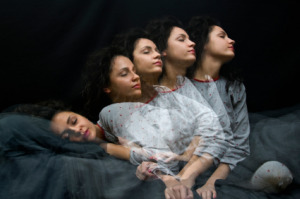 Sleepwalking is a common parasomnia.

When you think of parasomnias, "physical" is a key word. Think of examples such as sleepwalking, sleep starts, bruxism, and bedwetting (or sleep enuresis, as it's technically called), which all involve some sort of specific action or movement. This is not an overarching rule, but just something to help you remember the majority of parasomnias by (note too that parasomnia and physical both start with the letter p). Other disturbances that encroach into sleep, such as nightmares, also fall under the category of parasomnias.

Furthermore, parasomnias can be divided up into four sub-categories: Arousal Disorders, Sleep-Wake Transition Disorders, Parasomnias Usually Associated With REM Sleep, and an "Others" category. Let's take a look at where the various types of parasomnias pan out:

Really severe arousal disorders have even been known to bring about violence during sleep, sometimes resulting in deaths and court hearings. You can learn more about sleep-related violence and the trials that follow here.

Note: Much of the medical descriptions contained on this page come from The Stanford Sleep Book.

You can learn more about parasomnias here, with a wonderful article written by Jacqueline To. 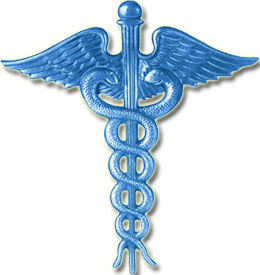 Most mental or mood disorders can have some sort of sleep disturbance that typically comes along with it to affect the patient. The ICSD includes various psychoses, mood disorders, anxiety disorders, panic disorders, and alcoholism in its list of sleep disorders because they are commonly seen in patients who present sleep complaints, and thus need to be considered to paint the full diagnosis picture.

A. Associated with Mental Disorders

B. Associated with Neurological Disorders

C. Associated with Other Medical Disorders

What Do Sleep Disorders Do?

Do you want to dig a little deeper into the different types of sleep disorders from a visual perspective?

This video, from Dr. Gerald Chodak, does a nice job of illustrating the complexities inherent with such a large variety of ailments, and how sleep disorders can affect you. He highlights some neurological and hormonal factors at play with our circadian rhythm, physical characteristics that can lead to disorders such as sleep apnea, and you'll even get a taste of polysomnography from views in a sleep lab.

Go from The Types of Sleep Disorders to What Is Narcolepsy?