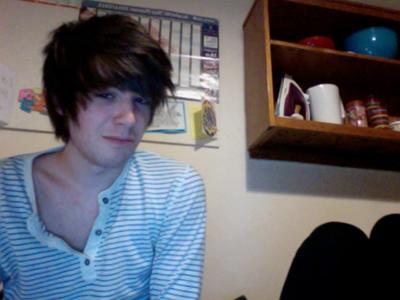 I've been a lucid dreamer since I can remember, although I only discovered the term because of the film Inception. I believe it stemmed from trying to dream I was a character in a cartoon repetitively, between the ages of 7-10 (as well as i can gather). I'm now 18.

The frequency of my lucid dreams has decreased drastically since then. It's been more like twice a year (opposed to almost every day back then!) Recently I've been adjusting to a polyphasic sleeping pattern. (Whereby I nap for 20minutes three times a day and have a 3hour long 'core' sleep.) Since this sleeping pattern, I've seen an increase in my lucid dreaming and also a 'recurring nightmare' I have had occasionally over the last 5/6months. I think that this is due to the fact that I'm exposed to a lot more REM sleep in my naps than usual.

The lucid sleep's great - I'd really missed it. The nightmares are not. The crux of them is, that I'm paralysed. Cannot move. Cannot speak. Cannot do anything. At first it freaked me out, but I woke up merely thinking it was strange. It's happened probably once a month since then and they now usually trigger a type of lucid dream, where I'm aware it's a dream, but I can't do anything about it? I'm trapped in my body in my dream. What annoys me though, is that I've had this dream at least once a week since I started polyphasic sleeping - 2 months ago. Twice in the last 5 days.

My first guess was that it was because of a film I had watched a few days before the dream - skeleton key. The crazy old woman in it drugs her husband to keep him paralysed. Made sense, except that it hadn't even bothered me, not consciously anyway. I then had the idea that it was because of an article I read. A band, Madina Lake's, bassist had been put into a coma. Also seemed acceptable? An hour earlier, this was confirmed in my head. As I read yesterday about another bassist (weird!) from the band, Deftones, who was waking from a coma. Which (I thought!) caused the paralysis I just experienced in my nap.

This time was different. I had my second ever false awakening ever (my first happened maybe a month ago? And was actually a fairly pleasant experience - really did feel like inception!), but 'woke up' into paralysis. A combination of two odd dream events. But it gets weirder, because I was lucid, i suppose. I was completely sure this was a dream. And it was. But once I emerged from the dream I couldn't move. I was face down in my pillow, trying to shout for help, but nothing came. Scariest moment of my life, i swear.

After reading a couple of articles on this site, however, I realised it could all be down to REM atonia? Is that possible? Because I haven't usually been awake before the paralysis occurs. Not until today anyway. I don't feel like it's a hypnopompic hallucination either, because I never feel an 'evil' presence, but I do feel as if the reason I cannot move is a pressure on my body. The most sinister presence I've felt was during my first set of false awakenings. I woke (from a lucid dream) into the completely wrong bed at first, which made me realise it was a dream, but then I woke from that dream into what I thought was reality. I was laying in the correct bed. But when I turned over, my girlfriend was sat watching me, smiling as if she knew something I didn't. Her presence felt evil. I then woke up properly.

Any idea what the hell's going on? I feel like I'm going to wake to some other freak phenomenon next time! Any help would be brilliant!

Kevin: Hey Scott, Great to hear your story! I think you've deduced correctly that what you have experienced is sleep paralysis. It comes with the territory of nap lucid dreaming.

It is also made all the more likely to happen with sleep deprivation. In a normal 8-9 hour night's sleep, the last third to half of the night is dominated by long, extended REM periods. If you cut this phase out, like in a polyphasic sleep schedule, you will experience what are often called "REM rebounds," essentially your body making up for lost REM sleep. It's intriguing evidence perhaps (that our body would rebound it to catch us up) as to the necessity or importance of REM sleep in our life, but nobody has been able to do much more than theorize (to my knowledge) as to the vital functions REM actually performs. Intriguing place for a discovery!

For further reading, you may be interested in this article (do a search for "sleep paralysis") by lucid dreaming pioneer Stephen LaBerge (who just got done giving his annual lectures on consciousness and ld to us a couple weeks ago!), this book about framing sleep paralysis in a positive light and even using it as a gateway to lucidity, or this DreamStudies website by the author of the book, specifically about both lucid dreaming and sleep paralysis.

Hope this proves helpful. Feel free to follow up with any addition comments or experiences!

Join in and write your own page! It's easy to do. How? Simply click here to return to Lucid Dreaming Stories.