I Am Not A Smarty Pants: Pajamas, Japanese, Zombies, Batman, And Bieber Fever? (S&D) 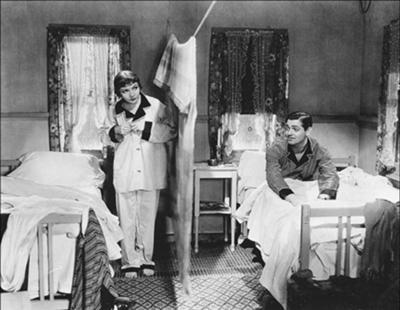 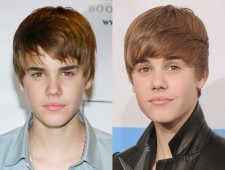 Whaaat? Did the world just end for millions of little girls?

I had this dream a week or two (or more) ago, a night or two after getting my issue of Vanity Fair in the mail that had Justin Bieber on the cover. I’m posting this now because someone told me today that he got a haircut, which I dreamt about back then! Well, you’ll see.

The first thing I remember from this dream was having an extremely pleasant conversation with my dad, which at the risk of sounding like a cry baby, doesn’t happen too often. I changed into PJs and then tried on all sorts of shoes, as my dad told me if he thought they were nice or not. The two of us argued with one of my brothers because he refused to put on PJs. I attribute this PJ business to the fact that I personally enjoy wearing PJ sets to bed--the regular kind with stripes and patterns and the bunny slippers and all that.

As I’m arguing with my little brother, I soon discover that I am in fact arguing with his ex-girlfriend (one person that I CANNOT stand) at a picnic table in the middle of a grassy field at some sort of event. I kept telling her about how easy it is to earn foreign language credit by taking Japanese pass/fail. This is strange because I personally am taking Spanish, and have zero experience in Japanese or how it could possibly be easier than taking another language to fulfill the language requirement. Also strange is that this girl doesn’t go to Stanford, and she in fact is already fluent in Spanish. Anyway, she accuses me of being a smarty pants, which I take great offense to, though I don’t act on it, and tells me that not everyone can learn Japanese easily. I got frustrated because I had somehow decided that I was really trying to help this girl. Everyone at the table (there were suddenly others there) turned away and shunned me, and I just sit there, pretending like I don’t care.

Then people start singing a song about zombies, and the way I see it in my mind is as if it were a music video. The performance is called “White Night” or “White Moon” or something, and this kid from my high school that I practically forgot existed leads the song. He was a lead singer in a band, so that must be it. Everyone loves the performance; they’re just eating it all up. They ask them to sing the song again, and they do, though it’s different this time, and now we’re in a stadium, specifically a baseball one, and his performance is crazy. He’s jumping around, he’s hanging on the foul pole. He throws a hat down, and the “camera” in my mind that is shooting this zooms in on it, and it says “STANFORD.” Everyone cheers upon seeing the close-up, and my scholarship coach looks at me approvingly. This kid ties a Stanford sweatshirt around his hips and people keep singing. I’m really confused in the dream because I know this kid currently goes to Pratt in Brooklyn and he hasn’t spoken to me for a couple years.

We’re back in the field again, and over the loudspeaker someone announces that there is to be a performance by Justin Bieber. Everyone goes crazy and starts singing along to this song about Batman and it’s about how excited he is for the next movie. He looks different; his hair is cut. He doesn’t even really look like Justin Bieber after a while. I try to apologize to my brother’s ex-girlfriend and fail at that, so I tell my best friend that I want to get out of there. She says that she’s getting picked up ASAP because she hates Justin Bieber. I text my mommy and tell her I need to get out immediately. I walk towards the edge of the field towards where my mom will pick me up, and I’m all depressed that people think I’m a smarty pants.

I notice there’s some sort of hole in my arm and I decide that I should probably get to a hospital. That’s the last thing I remember.