I didn't know there was a name for this.... Learning while dreaming 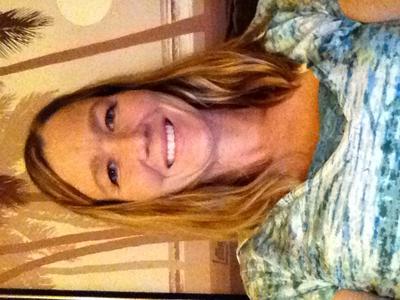 I never knew there was a term for this.....and sure never knew that a respected school is acknowledging and teaching about it, ect. I have had dreams like this since I was 2-3 years old and as I got older, around age 10-12, I can remember thinking....hmmm, what should I learn about tonight? It would be a lot of schooling crap....or wisdom stuff.....psychology of animals, people, kids..behavior type of stuff...and SO much stuff about the Bible and what happened back then.

I also had these imaginary friends as a kid, but I remember them well. They actually talked to me in an odd telepathic way and I learned alot from them and was always comforted by them bc they would visit me alot extra whenever I was under the influence of aesthesia when I had a zillion ear surgeries. There was always this really comforting sound and feeling, reminded me of sitting on my moms dryer when she would fold clothes. The warmness and the humming noise. The "friends" always took care of me and filled me with knowledge of things while I was recovering and I would have all kinds of stories that I would tell my parents about them. One of my sisters who has none of these things happen to her remembers my mom telling her I was imaginative, ect..,but my sister believed me bc she knew me really well and knew that I was not a lost mind. Lol!

Now, I am pretty tired of learning every night and I wish for normal, dreamless sleep. I took Xyrem for 9 months, hoping it would stop the intensity of all the knowledge/schooling it felt like I was getting every night....but it actually made the "schooling" more intense and I became more exhausted during the day from lack of normal sleep.

Some of the more disturbing (to me) dreams were when I would be "hearing" entire thoughts or conversations of people while I was asleep...events that already happened or would happen later. I have also been able to "hear" during my dreams what used to plague a person mentally who used to live in our house (never met the dude) but still hangs around (shudder)....

Those are the dreams that scare me because some people were very evil. I don't like hearing re-plays of past events....of screaming noises that sound like rapes occurring while sleeping in our basement. I don't like waking up bc it feels like someone is staring at me, and seeing a black cloud floating above my boyfriend. That scared me so much, I screamed then and shook for at least an hour.

They say narcoleptics like me have hallucinations but what is odd, I was totally awake when I saw that thing. I sensed evil and death immediately and I was terrified. My boyfriend said that I woke up, sat up, and then screamed. Obviously awake. My sister has this same thing happen to her alot also. Oftentimes she will tell me about her dream and I can picture it or I can help her identify who the people were that were visiting her or whatever.

Okay, that's my experience with dreaming :-)

Join in and write your own page! It's easy to do. How? Simply click here to return to Lucid Dreaming Stories.