I'm Afraid Of Hurting My Wife While Sleeping! 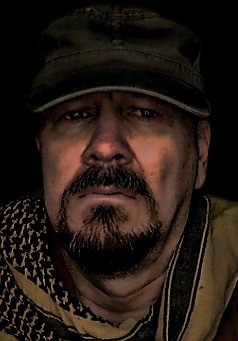 I've never been told that I talked in my sleep - not until now. I am in my mid-fifties, and a few years ago my wife noticed that I was starting to talk in my sleep. This was not too concerning and did not happen that often. My sleep talking was a novelty to laugh about the next day.

Now, 4 years later, this has become an almost nightly occurrence. As well as increased sleep talking I have begun to act out parts of my dreams. My poor wife has had to awaken me numerous nights (much to my horror) because I was hitting her! This was a bit worrisome, but I was not hurting her, so much as scaring her. However, that has started to change over the last year.

Apparently I have become much bolder in my dreams, because the hitting (and kicking) is being done with more force. I yell profanities at my adversaries, and never wake up. I am not aware that I am acting out the dreams - verbally or physically - but for the fact she wakes me up to tell me. In that moment when I awake I can usually recall what I was just dreaming of. The dreams seem to have an underlying theme.

My cohorts and I are always fighting against other individuals. These battles have been fought with everything from bows and arrows to flying futuristic craft with laser weapons. So, apparently my sub-conscience does not fetter itself with the restrictions of historical chronology. The dreams may involve fighting an enemy force as a whole, or fighting through a force in an effort to face whomever is directing them. There does not seem to be a good vs. evil "thing" going on. I do not always win either.

My last dream has prompted me to seek answers via the Internet. I was struck down in the dream, and my wife woke me because I was screaming. On awakening there was a particular taste in my mouth. It was the same experience (taste) from a time in my youth when I was violently hit in the head. I felt stunned, and was horribly shaken. I rolled away as if to sleep, but was not able to - for the fear that still gripped me.

I need answers. I don't have a particularly stressful life. I don't take drugs or drink (except the Rx meds that I've taken for many more years than this has been happening). I am somewhat sleep deprived. I am afraid that things will only get worse, and I can't abide hitting my wife!