In Sleep I Fear Death 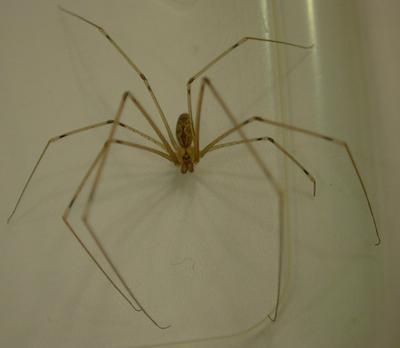 It is of some comfort to see that there are others on here who have the same problems that I have. I am 30 years old and my night terrors began when I was 12 years old.

There have been periods of time where I have had relief (about a month at the most) and also a period of time where the episodes were spotty because I drank myself to sleep. I have been free from alcohol for 2 years now and praising God for it! I did not go to AA, God just gave me something to give up alcohol for!

When I was 12, my first episode was during a time in my life where quite a lot of abuse was going on in my home. There was also rampant drug use and witchcraft. I have been a Christian since I was very little (my mom raised me that way and I believed from the start in God's love and forgiveness). That night when it all began, I remember having the most insane nightmare coupled with hallucinations, falling out of bed and flailing around with no control over my body. I was fully awake at one point, unable to keep my body from being thrown around the room. My stepbrother came in and freaked out, got my mom and stepdad and the rest is a blur after that.

I had night terrors every night after that.

I wrote down my dreams and experiences. I stayed up with my stepdad and watched tv until falling asleep so he could watch me (odd because he was the one abusing me. It was nice to have a break from that though, in my state at the time). We tried many things but I became an insomniac, staying up every night all night painting and listening to music. I could not handle it.

More recently, I have tried a lot of things to make them go away, some with short periods of success: neurotransmitter support (travacor, phenylalanine, NAC, excita plus) to get my brain producing appropriate levels of melatonin (which i do not make much of), serotonin (which i make almost none of), GABA (which is also extremely low), and some other things I cannot remember. This has helped with a lot of things but the night terrors are still there. I don't "wake" up screaming and dragging my husband out of the room anymore but I do still see the same hallucination that has plagued me for so long.

Recently, my night terrors have consisted of it being my time to go, that God was the one taking me. It's strange what my mind has done. So there is this mixture of acceptance and total fear. In my waking mind, it makes no sense because I know that I will go to heaven when I die, whenever God takes me so there is really no fear of death in that sense. My night terrors and my childhood together have made me fear death though. I hate it absolutely.

There have been periods of time where the room is booby trapped every night. The way I can tell is that the room is a different colour. No matter what though, I have to say goodbye and accept death because once I'm aware of it, I'm going to die. I've also had associated nightmares (not terrors) of my stepdad killing me in a spotlight with a knife. It's so brutal. I've had a lot of dreams of being an assassin lost in a huge building. And I like when I have dreams because I can interpret them and make sense of them. The terrors are complete rubbish.

The worst is when the hallucinations are about to kill my beloved husband or my two kitty cats. As if it isn't bad enough to think you are going to die but your family too?!

Sometimes I get to wake up a little sooner than usual during the terror and relief comes. Sometimes my husband actually wakes up and prays for me which is helpful. I cry out to God every night that these things won't happen to me. I realized recently that these may have started as early as 2 or 3 years old for me. I remember praying that I wouldn't die and that my family would be safe. It makes sense because (as far-fetched as it sounds) there were actually people who wanted us all dead. My mom's boyfriend had a hit out on us when I was 4 and we were running from him, living at random people's houses and in cars. My sister was put up for adoption at birth, so I was dealing with that too. I had a pretty rough existence but I'm thankful for the person God has made me through it.

Join in and write your own page! It's easy to do. How? Simply click here to return to Stories of Sleep Terrors.