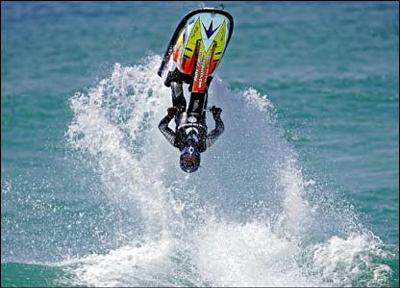 The dream begins with me at my middle school/old church. Something is going on, and my best friend and I leave and appear at an unknown lake house. There is some sort of crisis occurring and suddenly jet skis appear on the water, so of course, we have to hop on them while in movement. We leap forward toward the water, grab hold of the jet skis, and do a complete 360* flip while midair to secure our positioning, landing on the water with a splash and then propelling forward at full speed. I mean, James Bond would have nothing on us and our amazing skills.

Randomly, at this point, the four items I had brought with me to pack go flying out of my hand, one of which (a pair of orange shorts) is retrieved later in the dream by drilling a hole through a magical layer of ice that has formed over the water. This, however, is completely irrelevant to the rest of the storyline, and thus can be ignored.

Basically, the dream continues on as we investigate the mystery apparently of someone we kind of know whose story is as follows: about fifteen years ago, when she was a student, she was seduced by one of her teachers who then got her pregnant. She had a child, but he doesn’t know this. One day, fifteen years later (the current), he finds out and wants to kidnap the baby. Knowing this, we find different venues at which we can show her a video (that somehow details all of this information), but we never get the chance. Meanwhile, we’re trying to prevent this crazy from stealing the baby. We are finally able to show her the movie, but this is of course the point at which I woke up. To be continued...hopefully.