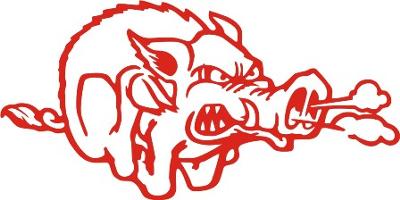 On a cloudy afternoon, Galen and I were cruising around the Stanford campus to simply pass the time and hopefully pick up a few chicks. As we drove, I pointed out the Hoover tower and asked, "Why is it floating in the air?" Galen didn't know but he managed to point out another Hoover tower in the exact opposite direction. We decided we shouldn't drive, so we parked the car and took a walk in one of the woods.

Before we knew it, huge fiery dogs began attacking us. Yes they were on fire, but the weirdest detail to me was that they were hairless. Anyways, they were no match for the two of us; we started ninja numb-chuckin' 'em and judie choppin' left and right. When the dogs finally realized how naughty-donkey we were, they staggered away to who knows where. "Okay, what the hell is going on?" asked Galen.

Apparently we owned a house in Palo Alto because that's where we ended up next. Walking in we heard some weird squealing sounds, something like that of a pig. Sure enough, it was a pig! A tiny, dark red, ferocious little sucker. We tried to catch it but it was too fast. Then tried to punch and kick it but it bit us and stung us with its hair. We decided to whip out a butcher's knife, and see how the little pig liked that. It took a lot of stabs but we finally got it. I don't mean to be gruesome, but there was blood... a lot of it. I guess flaming dogs were no match for us, but Piglet could give us all we could handle.

So there we had this little dead pig and blood everywhere and nothing to clean it up with. So we went outside and called Animal Control to come get it. We went back inside to wait, but all of a sudden there was no pig, no blood... nothing but a normal kitchen. We had no idea what we were going to tell animal control...