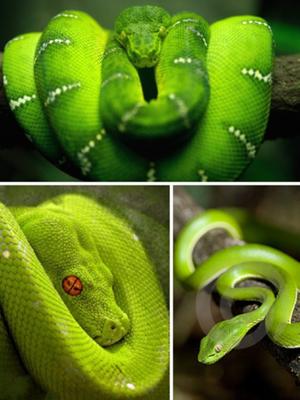 Now i must say this is the first dream i've ever tried to write down so it is quite foggy but it still brings back memories when i read it, as if my dreams actually happened before. I was only 16 when i wrote this down and that was a year ago...enjoy.

It starts off in an old house once owned by a very powerful man, but sadly is now derlict and is falling apart piece by piece. This morninng i decide to leave the house early for school, when i reach school i realise this house which for some reason i never seemed to have noticed before considering its age and structure. so me, my sister chrissie and hailey decided to explore this house, noticing that the inside of the house was in better condition than the outside. When we reach the main room which seemed to be the living room down stairs, we, well hailey started to look at the centre desk, she played about with it until five slots in the expensive looking wood came free, revealing five little chests three of which could fit in the palm of your hand and was displayed with a deep blue background and was covered with a pretty silver frame, the other two were slightly bigger, with a emerald green background and a gold frame which was also very pretty looking.

When i noticed the discovery she had made i ran over and took control of what hailey was doing, my sister tammy then wandered in saying that chrissie called her, staring at me she was puzzeled, i could tell from her eyes that she was... scared why was my little sister tammy scared? this made me feel sick inside, i would never want my little sisters to feel as scared as she looked now, suddenly out of nowhere her fear appeared in the shape of a pale green snake then another and another until the room was full of 'thin snakes'.

I tried to concentrate on the chests i studied them wandering how to open them, then i opened the top of the chest its doors opened in a mirrored form, the box was empty considering its weight, so i looked harder trying not to pay much attention to the screms of my sisters and hailey, but it was overwhelming.

Then at that moment a snake slithered up my leg when i found a line, a crack or another hinge in the chest, but i couldn't continue, the snake was to far ahead for me to worry about the chests anymore, so with one hand i grabed the snakes body and tried to snap its little neck but it was alot harder to snap than you might think, it was like trying to snap a metal knife but when it finally snapped it gave way like rotted wood. I've never had to snap a snakes neck before but it actually felt pretty good, and once you've snapped a couple it gets kinda easier.

When the snakes had died down a little i finally had the chance to have another look at the chests and find out what the seam around the middle the chests where, i picked up one of the green and gold chests and tried to pull the two halves of the chest...nothing, i then tried to push the two halves together... nothing, then i gave it one more try and twisted the two apart from each other... yes! there was a small click and the top of the chest moved up and revealed another compartment at the bottom of it, and inside was... a bracelet, which was studded with small brown and red jewels, laced with gold, it looked so so expensive and beautiful i layed it on the table and tammy tried to pick it up, i told her to fuck off and put it back and she did. When i finally opened all the chests there where two bracelets one brown and red and another one which was blue and green, the other three contained little sphere's which seem too match the braclets, but the last sphere was diffrent it seemed to glow in the slightly dark room,i felt another 'thin snake' climb up my leg but before i could grab it, it bit me and i blacked out...