Up and Down the Mountain (S&D) 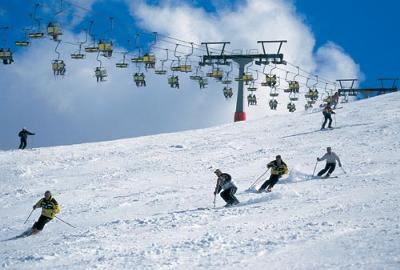 We were all driving up to Mammoth Mountain to go skiing and I fell asleep on the way there but woke up about 3 to 5 minutes before we got there. When we were getting close, Garrett kept on reminding us to lookout for the cell phone towers on top of the mountain because that is when you know that you're getting close. We we arrived we all swiftly geared up to go snowboarding, despite the fact that none of us knew how to snowboard in the first place. Even though it was night time, there were tons if people on the mountain snowboarding and doing there thing on the mountain. Right when we arrived on the mountain we came across the Trick Park one of us sarcastically said, "Oh, sick! I came here to shred!" As we were boarding by it, my cousin, Efren, got enough speed, after about 3 seconds of boarding, to bust a huge air off of a small lip and proceeded to grind off of the railing for about 5 seconds. It was amazing! When I asked him how he accomplished this he said, "It was no big deal," in the most badass way possible. When we continued down I started to pick up massive speed, despite the fact that I was attempting to brake the entire time. While flying down the slope, my friend Brian caught an edge and fell harder than I'd ever seen anyone fall but it didn't seem to phase anyone as he got right back up and continued nonchalantly down the mountain. Still braking and picking up extreme speeds, I was heading straight for a huge trench, with no warning signs or anything! Once I got closer and closer to the trench, there ended up being a huge warning fence but there was one small opening. At the opening there was a toddler and her father who was teaching her how to ski. Meanwhile, I am going 90 miles per hour directly at her but there was a small just off of her right ski so I decided that it was my only option out at that time. While in the air for a miraculous 10 seconds, I jumped the trench and I looked down just to see that all of my friends were canoeing down the trench, having the time of their lives. Brian waved at me, only to his dismay as they lost balance and fell down the mountain. Following them, I picked up Garrett's paddle and chased them into the abyss.