The following is a letter written to students at Phillips Exeter Academy in New Hampshire by alum Albert Pak.

Many of you will remember Dr. James Maas's lecture from about a year ago. He talked about the importance of sleep and the irrationality of holding classes at 8 in the morning, among other sleep-related topics.

As fascinating as his lecture was, however, it left me largely skeptical and confused. So, in the hopes of finding answers to some of the questions I had, I recently took a course called Sleep and Dreams, taught by Dr. William C. Dement (Google him--he's kind of a big deal).

The course addressed many aspects of sleep--from sleep disorders to lucid dreaming to night-time penile erection. But most of those topics probably don't interest Exonians, certainly not penile erections.

So I want to talk about something that affects you every day--sleepiness.

It turns out that there are three factors that influence how sleepy you feel: how much sleep debt you have, what time of the day it is, and how stimulated you are. Instead of trying to give a cursory explanation of each of the three factors, I will focus on exploring sleep debt. 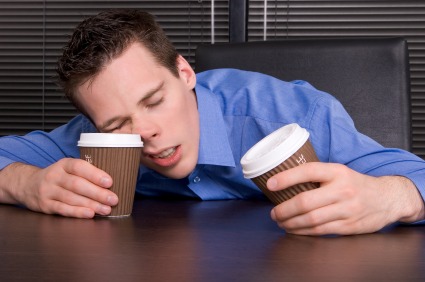 The general maxim is this: the more sleep debt you have, the sleepier you will feel. And sleep debt accumulates every time you sleep less than your individual sleep requirement. For example, if I need 8 hours of sleep each night, but slept an average of 6 hours a night over one week, I will have 14 hours of sleep debt. That's simple enough, but also prompts several questions.

First, how do you even objectively measure sleepiness, which seems to be an inherently subjective concept?

It turns out that there is a test called Multiple Sleep Latency Test (MSLT) which has been very reliable. I will not go into the specifics of the test, but you can always Google it if you want to. What's important for the current purposes is that MSLT provides researchers with an accurate method to measure sleepiness.

Second, how much sleep do you need every day in order to be fully alert?

It depends. Most people require around 8 hours, but some people can get by with far less. So how do you find out what your individual requirement is?

But, unfortunately, most of us don't have sleep laboratories in our closets. So I propose the following: keep a sleep journal. Record the number of hours you sleep each night, record any naps if applicable, and record your subjective level of alertness. Do this for a few weeks. Then, you will be able to estimate how much sleep you need.

Third, can sleep debt ever go away?

There seems to be an urban legend that, if you just ignore your sleep debt for a long time, it will go away. Is that true?

Unfortunately, current research cannot answer that question. It is deemed unethical to test the hypothesis by having people purposefully sleep-deprived for longer than a few weeks. However, there have been studies that establish near-conclusively that sleep debt accumulates for at least two weeks.

Fourth, what is the exact biological process through which sleep debt is recorded in your body?

Again, unfortunately, current research cannot answer that question. Studies only show empirically that sleep debt accumulates over time, for at least as long as two weeks, and that the more sleep debt you have, the sleepier you will feel. But how our bodies keep track of sleep debt is still a mystery.

Now I just want to quickly talk about the other two factors that influence sleepiness: the time of day and stimulation.

One can intuitively see how the time of day will affect one's sleepiness. In the evenings and mornings, many of us typically feel more alert than in the afternoons and during nights. Studies show that our biological clocks alert us in the mornings and in the evenings, but not in the afternoons. That explains why we feel so sleepy early in the afternoon. It's not because of the big lunches or the warm sunlight, it's because there is no internal alerting to counteract our sleep debt.

And, amazingly, sleep researchers have identified a specific area in our brain called the suprachiasmatic nucleus (SCN) that is responsible for keeping our biological clock. How do we know that? We have seen what happens in the absence of SCN--at least in rats. SCN-less rats go to sleep and wake up in short intervals, completely out of sync with the 24-hour day.

The last factor that influences sleepiness is stimulation. It turns out that the SCN-less rats could be kept awake by external stimulation, despite their accumulating sleep debt. But as sleep debt kept increasing, researchers had to take more and more extreme measures to keep the rats awake. And, after a while, for ethical reasons, they had to stop upping the ante.

Return from Albert Pak's Sleepiness Letter to All Outreach Projects